Starigrad is a small town and port on the coast of the Velebit Channel , close to Paklenica National Park, 45km south of Karlobag. The place is first mentioned in Roman times, was built on the foundations of the ancient city Argyruntum, and today is the center of the Paklenica Riviera, the 20 km long coast where the mountains meet the sea, making Starigrad swimmers and hikers alike . In the hinterland of Stari Grad, the National Park Paklenica, which includes two canyons: Velika and Mala Paklenica. Through Velika Paklenica, about 10 km long, flowing stream, a steep side canyons high up to 400m. Large and Small Paklenica are separated by a 500m high plateau seven kilometers long.

Paklenica National Park is a magnificent karst phenomenon with numerous caves, the most famous Manita Peć (175m long), and Paklenica is sure to be hiding many more secrets. The entire Velebit was declared a nature park , in the southeastern part of the special beauty stand out Tulove beams Zrmanja canyon. 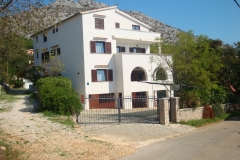 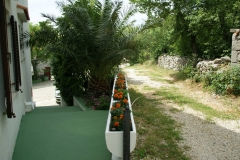 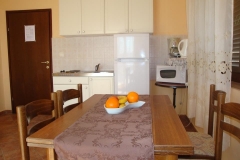 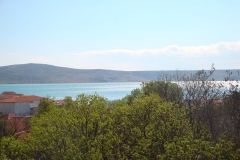 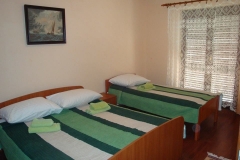 Starigrad Paklenica is the starting point for the National Park Paklenica , and the proximity of Velebit allows for sports such as hiking and free climbing. Tourist accommodation in Starigrad is diverse, with apartments, rooms, guest houses and campsites. The old town is rich in archaeological and architectural monuments such as the famous villa Petra Hektorovića.

Paklenica Riviera is located in the far northwestern part of the Zadar region and in northern Dalmatia. It stretches along some 20 kilometers of the Adriatic coast, under the peaks of Velebit, the largest Croatian mountain. With Starigrad – the center of the Riviera includes the settlements of Seline, Tribanj-Kruscica, Tribanj-Šibuljina and Tribanj Mandalina.

The whole is located in a protected natural environment because Velebit, together with the coast, protected status of Nature Park. Canyons of Velika and Mala Paklenica, with surrounding forests enjoy an even greater level of protection, and in 1949 declared a national park, making Paklenica 2.najstarijim national park in Croatia (after the Plitvice Lakes).

Favorable climatic conditions in this area marks the intertwining of Mediterranean and harsh mountain climate. Therefore, in the year a large number of sunny days, the air is particularly suitable to people with respiratory problems and heart patients. The city of Zadar – center of the region is 40 kilometers, and the construction of new highways Paklenica Riviera is only a 2 hour drive from other major Croatian cities of Zagreb, Split and Rijeka.

Nearby there are 5 out of 8 Croatian national parks (Paklenica, Kornati, Krka, Plitvice Lakes, Northern Velebit) and 3 nature parks (Velebit, Telašćica, Vrana). Apart from the road, Paklenica Riviera is linked with the rest of the world by air, rail and sea.

• Air – Zadar Airport Zemunik (ZAD) is well connected with all major Croatian and European cities, which is of Stari Grad Paklenica is only about half an hour!

• By car – to Starigrad – Paklenica can be reached from several directions, and the highway A1, route Zagreb – Split, is the quickest and best of all. Exit from the motorway is best at the knot Maslenica or Posedarje, and set the main road towards Rijeka. If you are coming from the direction of Rijeka, use the Adriatic Highway – state road D-8.

• ferry– Ancona – Zadar – if you are coming from Italy, the shortest possible route is through Ancona by ferry to Zadar. The journey lasts 8 hours (departure is usually at 22:00 and arrival at 06:00), and the advantage of such a trip is it is much more pleasant and less stressful than other methods of transportation. When you get to Zadar, you are only an hour’s drive from Starigrad Paklenica!

• By bus – Zadar is the center of northern Dalmatia and is well connected with all Croatian cities and larger European centers. From Zadar to Stari Grad Paklenica, it is only an hour’s drive.